Smith Wigglesworth was born on 8 June 1859 in Menston, Yorkshire, England, to an impoverished family. As a small child, he worked in the fields pulling turnips alongside his mother; he also worked in factories. During his childhood he was illiterate.

Nominally a Methodist, he became a born again Christian at the age of eight. His grandmother was a devout Methodist; his parents, John and Martha took young Smith to Methodist and Anglican churches on regular occasions. He was confirmed by a Bishop in the Church of England, baptized by immersion in the Baptist Church and had the grounding in Bible teaching in the Plymouth Brethren while learning the plumbing trade as an apprentice from a man in the Brethren movement.[1]

Wigglesworth married Polly Featherstone on 2 May 1882. At the time of their marriage, she was a preacher with the Salvation Army and had come to the attention of General William Booth. They had one daughter, Alice, and four sons, Seth, Harold, Ernest and George. Polly died in 1913.[2] His Grandson, Leslie Wigglesworth, after over 20 years as a missionary in the Congo served as the President of the Elim Pentecostal Church.

Wigglesworth learned to read after he married Polly; she taught him to read the Bible. He often stated that it was the only book he ever read, and did not permit newspapers in his home, preferring the Bible to be their only reading material.

Wigglesworth worked as a plumber, but he abandoned this trade because he was too busy for it after he started preaching. In 1907 Wigglesworth visited Alexander Boddy during the Sunderland Revival, and following a laying-on of hands from Alexander’s wife, Mary Boddy, he experienced speaking in tongues (glossolalia).[3] He spoke at some of the Assemblies of God events in Great Britain. He also received ministerial credentials with the Assemblies of God in the United States, where he evangelized during the 1920s and later.[4]

Wigglesworth believed that healing came through faith, and he was flexible in his approach. When he was forbidden to lay hands on audience members by the authorities in Sweden, he preached for a “corporate healing”, by which people laid hands on themselves. He also practiced anointing with oil, and the distribution of “prayer handkerchiefs” (one of which was sent to King George V). Wigglesworth sometimes attributed ill-health to demons.[5]

Ministering at many churches throughout Yorkshire, often at Bethesda Church on the outskirts of Sheffield, Wigglesworth claimed to have had many prophecies. He also had an international ministry: as well as Sweden, he ministered in the U.S., Australia, New Zealand, South Africa, the Pacific Islands, India, Ceylon, and several countries in Europe. Some of his sermons were transcribed for Pentecostal magazines, and these were collected into two books: Ever Increasing Faith[6][7] and Faith that Prevails.[8]

He continued to minister up until the time of his death on 12 March 1947.[citation needed] 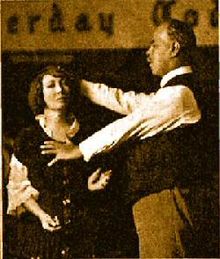 Much of Wigglesworth’s ministry was focused on faith healing. He said God had healed him of appendicitis. Despite suffering from kidney stones which passed naturally in his later years, Wigglesworth refused any medical treatment, stating that no knife would ever touch his body either in life or death.[citation needed]

Supporters of Smith said they were miraculously healed with accounts being described in the popular press and in Pentecostal magazines. There were reports that people were raised from the dead, including his wife Polly.[9]

Many people said they were cured of cancer by him. Wigglesworth, whose only training was as a plumber, described cancer as ‘a living evil spirit’, and insisted that many diseases were ‘satanic in origin’.[10] His methods often involved hitting, slapping or punching the afflicted part of the body. On a number of occasions his approach to persons suffering from stomach complaints was to punch them in the stomach, sometimes with such force that it propelled them across the room. When challenged on this, his response was “I don’t hit them, I hit the devil”. Responding to criticism over his method of praying for the sick, Wigglesworth stated: “You might think by the way I went about praying for the sick that I was sometimes unloving and rough, but oh, friends, you have no idea what I see behind the sickness and the one who is afflicted. I am not dealing with the person; I am dealing with the satanic forces that are binding the afflicted”. On one occasion Wigglesworth declared to the sick “I’ll only pray for you once, to pray twice is unbelief.” The second night, a man approached the altar to receive prayer again and Wigglesworth, recognizing him, said “Didn’t I pray for you last night? You are full of unbelief, get off this platform!”[11]